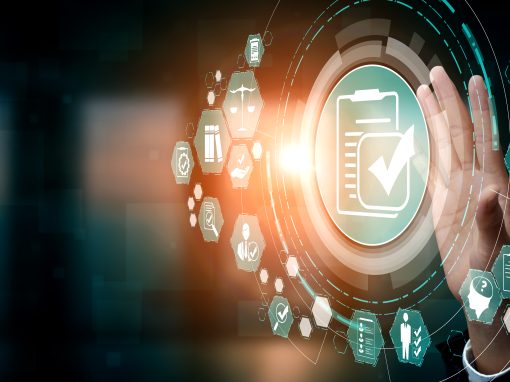 T844/18 Confirms Legal Certainty in the EPO’s Consistent Interpretation of the Priority Provisions in Art. 87(1) EPC

On 6 November 2020, the EPO Technical Board of Appeal (TBA) formally (and finally) handed down its written decision in T844/18 relating to priority and confirmed revocation of the Broad Institute Inc.’s CRISPR/Cas9 patent EP2771468[3].

This formal step follows the decision announced orally at the end of the hearing on 16 January 2020 and published in the minutes less than a week later on 23 January 2020. Much analysis was circulated in the period immediately following. Herein, the formal, written decision is reported more or less without analysis: the decision speaks for itself.

The case at both opposition and appeal levels centred on interpreting Paris Convention Article 4A and EPC Article 87(1), which read respectively (French and English for the former, English only for the latter):

“Art. 4A (1) Any person who has duly filed an application for a patent, or for the registration of a utility model, or of an industrial design, or of a trademark, in one of the countries of the Union, or his successor in title, shall enjoy, for the purpose of filing in the other countries, a right of priority during the periods hereinafter fixed”

(b) any Member of the World Trade Organization,

an application for a patent, a utility model or a utility certificate, or his successor in title, shall enjoy, for the purpose of filing a European patent application in respect of the same invention, a right of priority during a period of twelve months from the date of filing of the first application”.

The European patent in suit originated from an International Patent Application filed under the Patent Cooperation Treaty (PCT), with the consequence that the Paris Convention prevails[4], but the decision found, in effect, this made no difference to the interpretation of Article 87(1) EPC, noting:

In relation to the priority provision in EPC Article 87, the TBA stated:

“the instances of the EPO have without exception adopted a consistent interpretation of Article 87(1) EPC since the inception of the European patent system“[7],

and in relation to the EPO’s ‘all applicants’ approach:

“[t]he continuation of such long standing and rationally based practices can be considered as an aspect of legal certainty“[8].

The appeal was dismissed, the Board confirming the earlier decision of the Opposition Division and agreeing with the EPO’s long-standing practice in interpreting Paris Convention Art. 4(A) and EPC Article 87(1).

As practitioners will be well aware, many prosecutions, oppositions and appeals turn on whether a priority right is validly claimed. Examination of priority under the EPC allows the priority date to be substituted for the filing date for determining the prior art[11] and includes determining whether the later application is directed to the ‘same invention’[12] and the ‘same applicant’[13].

In this case, the applicants for the patent in suit were not the same as those for the priority application[14]. Rather, one applicant was missing from the patent application and had not transferred its priority right to the remaining applicants[15]. This omission was, however, a “deliberate choice“[16] of the Patentees.

The Patentees argued the priority right was valid, dividing its submissions into three prongs[17], characterised by the TBA in its decision as:

The TBA’s decision, already reported previously on the basis of the minutes of the proceedings, published on 23 January 2020, is now enunciated as follows[18] (using the same numbering as the questions posed):

The Patentees’ submissions covered how the test under Article 87(1) included formal aspects. The Decision divided the test into four requirements, namely ‘who’, ‘where’, ‘what’ and ‘when’[19].

As to the extent to which “who” is examined, the decision noted that the EPO does not go beyond a formal assessment of the person who has performed the act of filing the patent application[21]. The Board noted that the EPC sets out many formal requirements and the failure to comply with a formal requirement of the EPC can destroy a patent or patent application, irrespective of whether it satisfies the substantive requirements for patentability[22].

The Board was unsympathetic with the argument that formal matters can lead to loss of rights, stating the Patentees:

“It is not for the Board to repair such errors, omissions or deliberate choices of a party“[24].

Concerning the object and purpose of the Paris Convention, the Patentees argued it would be contrary to the convention if a formal requirement could destroy patent rights. The Board disagreed, holding that:

“the difficulty that the Board has with such an argument is that any formal requirement for patenting […] could be considered contrary to the above object and purpose“[25].

Decades of EPO Practice vs. A Request for a Change

Ultimately, the Patentees’ submissions and the case law led the Board to identify parallels. The Board was faced with, in its own words, “many decades of EPO and national practice supporting the “all applicants” approach“ and noted “no evidence on file that any states that are current member states of the EPC have ever adopted anything but the “all applicants” approach“[26].

The parallel from the Patentees’ side was, the Decision noted:

“the appellants argue for a change of practice“[27].

But the Board found in response that:

“as the priority provisions of the Paris Convention have remained essentially unchanged since 1883, the Appellants are faced with over 100 years of consistent case law and practice adopting the “all applicants” approach that they need to show as incorrect. This is a considerable burden“[28].

The authentic text of the Paris Convention is French, essentially unchanged since 1883[29] and only translated into English in 1958[30]; hence, much focus came to bear on the words “celui qui” from its Article 4A, the same words being found unchanged today in the French text of Article 87(1) EPC. While these French words were said not on their own to be determinative, the Board was nevertheless able to say:

“the Board is of the view that the authentic French text of the Paris Convention tends, if anything, to support the “all applicants” approach“[31]

and more positively that:

“the “all applicants” approach is certainly a plausible interpretation of this term“[32].

Various public policy points were made by the Patentees, and the Board dealt with these one-by-one. One characterization of the fact pattern was:

“A and B are applicants for the priority application. A alone is the applicant for the subsequent application. Is a priority claim valid even without any assignment of priority right from B to A ?”[33]

To the argument that “one of the applicants is holding the other[s] to ransom by refusing to join in as an applicant for the subsequent application“[34] the Board replied:

“[allowing A to file alone without involving B] … could of course result from an agreement between A and B, it could however equally result from more sinister circumstances, such as A trying to deprive B of its rights to a patent in another country. This second scenario can hardly be thought of as one that the law should seek to protect“[35].

T15/01 has held that there is no doctrine of the exhaustion of the priority right, and the Board agreed:

“the priority mechanism was not meant to, and in certain circumstances is unable, to prevent multiple applications“,

“the possibility of a multiplication of proceedings and double patenting identified by the opposition division to be plausible and to be avoided“[36].

In their conclusions on the second question (see above), the Board noted:

The Paris Convention and US Law

The third question (see above) addressed the extent to which national law could be used to determine the answer to the question of ‘who’ filed the first priority-establishing patent application.

“It is thus clear that the Paris Convention, being an integral part of US law, determines who “any person” is, and this determination is a purely formal one“[39].

We are then left with what can only be a warning:

“it is clear that applicants wishing to use US provisional applications should be aware of the difficulties they may face if they use these applications to claim priority for a European patent application. This is simply a consequence of the US’s adhesion to the Paris Convention. The Notice from the President of the EPO [40] cannot exempt the EPO from applying the Paris Convention and there is no evidence that this was its intention“[41].

Two possibilities for a referral exist under the EPC: (i) ensuring uniform application of the law, and (ii) if a fundamental point of law arises[42], and the Patentees raised both as grounds for a referral.

“The uniform application of the law point does not apply in this case as the instances of the EPO have without exception adopted a consistent interpretation of Article 87(1) since the inception of the European patent system“[43].

“The Board has a discretion whether to refer questions, even if a point of law of fundamental importance is concerned […] In this case the Board has been able to answer the questions raised beyond doubt, hence no referral is necessary“[44].

The appeal and the request for a referral were thus both dismissed, the Board confirming the earlier decision of the Opposition Division and agreeing with the EPO’s long-standing practice in interpreting Paris Convention Article 4(A) and EPC Article 87(1).

[3] In the name of The Broad Institute, Inc., Massachusetts Institute of Technology and President and Fellows of Harvard College

[14] This is a simplification. For more details see Decision, para. II