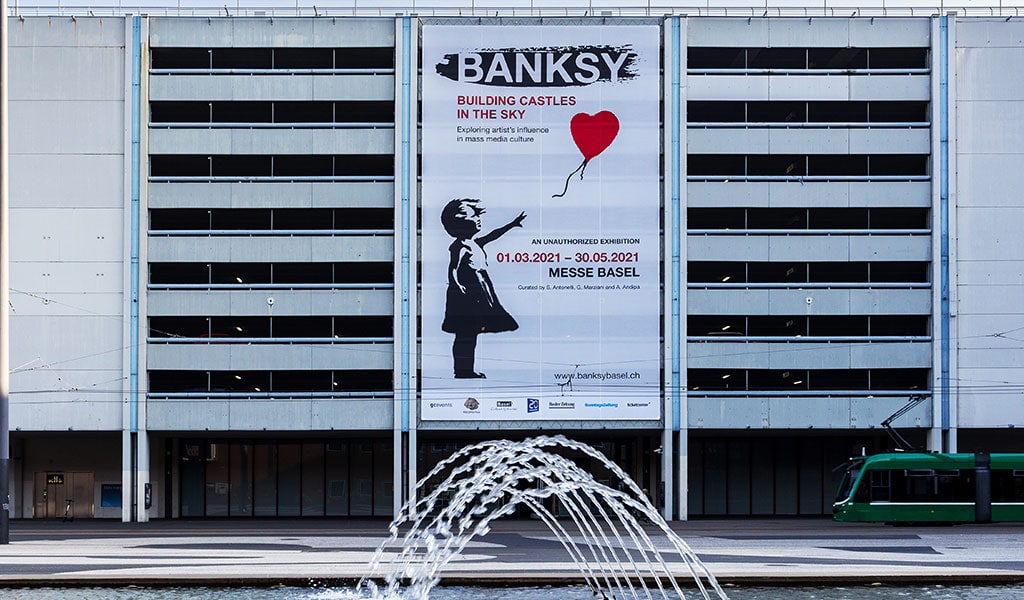 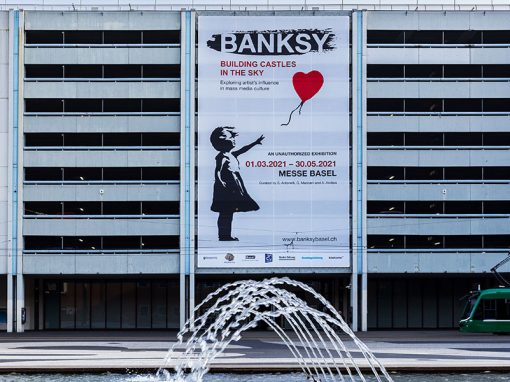 Is it possible to demonstrate that someone had no intention to use a trade mark?

DEMONSTRATING LACK OF GENUINE INTENTION TO USE AND BAD FAITH IS NOT STRAIGHTFORWARD BUT CAN BE DONE.

The Cancellation Division at the EUIPO have recently issued a decision on an application for the cancellation of a registration of a trade mark for a Banksy image – see https://drive.google.com/file/d/1Y2LcwirjGOqRap_tcTjT_Dwqh-lQWFAS/view

The artwork in question is the “Flower Thrower” as reproduced below.

The application was filed on 7 February 2014 and registered on 29 August 2014. It was filed in the name of Pest Control Office Limited, – the legal representative of Banksy, and in respect of a wide range of goods and services, some relating to art and art works, for example paints in class 2, prints of pictures in class 16, and graphic art services in class 42, and some totally unrelated to artworks, including handbags in class 18 and games in class 28.

On 12 March 2019 a cancellation action was filed against the EU trade mark registration by Full Colour Black Limited, on the grounds of Articles 7(1)(b) and (c) EUTMR, namely lack of distinctiveness and descriptiveness, and Article 59(1)(a) EUTMR, namely that the application was filed in bad faith. In the decision the issues surrounding bad faith only were discussed.

Bad faith is not defined in the EUTMR, nor is it fully defined in case law, and is thus open to interpretation. However, bad faith is generally understood to relate to a subjective test based on the intentions of the applicant on filing but yet must be based on the actions of that applicant. More specifically, bad faith occurs when the conduct of the applicant departs from the accepted principles of ethical behaviour or honest commercial and business practices. Importantly, the burden of proof lies with the applicant for cancellation; good faith is presumed until proved otherwise.

This is the line of argument taken by the applicant for the cancellation, Full Colour Black. In support of this argument Full Colour Black pointed out that the image is a work of art created by Banksy as graffiti sprayed in a public place and was therefore available for the public to see and photograph. The work is widely known and has been widely disseminated. Indeed, Bansky has encouraged this including by placing high resolution images of various of his artworks, including the one in question, on his website for the public to download for free. Banksy has even stated in his book “Wall and Piece” that “copyright is for losers” and that public is morally and legally free to reproduce, amend and otherwise use any copyright works “forced upon them” by third parties. Thus, the use of his works was known to Banksy and encouraged by him. Many of these uses have been commercial, including for goods and services covered by this registration, although by parties having no connection to Banksy. Until very recently no actions had been brought by Banksy or his representatives to put a stop to this, and still this is very small scale and piecemeal. No trade mark use of the image has ever been made by Banksy; all use has been as a work of art.

From this the applicant for the cancellation, Full Colour Black, suggested that the registration is an attempt to monopolise these images on an indefinite basis, circumventing the laws of copyright. The registration of a trade mark avoids the evidential burdens relating to allegations of copyright infringement and relating to the acquisition of registered trade marks in the United States of America, where unless a registration exists in another country, it is necessary to prove use before registration. As an indication of this the Full Colour Black pointed to a pattern of registering (or applying to register) established works of BANKSY as EU trade marks and registering the corresponding image in the US as a trade mark, claiming the EU rights as basis for obtaining registration. This avoids the need to prove use at an early stage as otherwise required in the US.

In response Pest Control Office stated that the application was not filed in bad faith, that there was no evidence of this, and that Full Colour Blacks’ conclusions were misplaced. In addition they argued that registration of a trade mark in pursuit of a legitimate objective to prevent another party from taking advantage by copying the mark is not acting in bad faith. Where a third party is taking advantage of a mark due to their knowledge that the owner of the mark cannot enforce unregistered trade mark rights and copyright without prejudicing his public persona or business interests, obtaining a trade mark registration through an incorporated company in order to enforce these rights is a ‘legitimate objective’ and not an application in bad faith. It was further argued that there was nothing to suggest that Banksy had allowed third parties to use or disseminate the image, and that the anti-establishment views stated by Banksy in his book Wall and Piece, or any other media, did not suggest that he did not have legitimate interests in the trade mark or demonstrate that this trade mark application was filed in bad faith.

In the decision the Cancellation Division assessed case law in relation to bad faith and noted that where an application is filed with the intention of obtaining an exclusive right for purposes other than those of a trade mark, namely relating to indicating the origins of goods or services, then the mark was filed in bad faith. However, where a third party is trying to take advantage of a mark that is not registered, obtaining a registration represents a legitimate interest.

The Division noted that much of the argument and evidence in this case related to the actions and thoughts of Banksy, even though he is not actually the proprietor of the registered trade mark. The applicant is Banksy’s representative and filed the application in the interests of Banksy, with this arrangement apparently being to protect the anonymity of Banksy. Specifically, the Division noted that the anonymity, statements and actions of Banksy would appear to make it difficult to enforce copyright against third parties. It was also clear that Banksy or his representatives were not using the image as a trade mark at the time of filing, and while some attempt to start using the image as a trade mark appears to have been made after the filing of the Cancellation application, it was also clear that this use was not genuine, but simply to circumvent these proceedings, as acknowledged by Banksy himself.

Having assessed the arguments and evidence before it, the Division concluded that when the application was filed there was no intention of using the image to commercialise goods or provide services, and any later use was not genuine. Thus, the Division found bad faith, and declared the registration invalid.

It will be interesting to see whether this matter is appealed. While the Division was clearly not impressed by the statements made by Banksy with regards to intellectual property rights, and believed that the trade mark registration was an attempt to gain the benefits of copyright while maintaining anonymity, it did analyse the evidence before it and conclude that at the time of filing and ever since, there was no genuine intention to use the image as a trade mark.